Welcome to the Bath Planet Community

8 Issues resolved
89 Company responses
142 Customer testimonials
Get a quote Call customer care
Write a review
Bath Planet was created with the intention of helping homeowners obtain top-quality customer service, while avoiding sky-high remodeling prices. Our expert team of technicians is trained and experienced in providing homeowners like you with the quick, affordable renovation services that you deserve. Our products are made of the highest quality, durable acrylic and are designed to withstand the test of time. Our acrylic products have been stringently tested and evaluated and have earned us the prestigious Good Housekeeping Seal. The Seal is among the most trusted and widely-recognized consumer symbols in North America. Bath Planet is extremely proud of this accolade, and we are thrilled that the experts at Good Housekeeping believe in our products as much as we do. They even back up their claim with a two-year limited warranty, meaning the Institute will replace or refund the price paid for any Bath Planet acrylic product that proves to be defective. From our low-maintenance shower and bath solutions to the stunning finishing touches. Our expert installers will create the bathroom of your dreams – all in as little as a day!
Show
AdSome advertisers may pay us for this ad to appear on our website or provide us with a referral fee. Our content is free because we may earn a commission if you purchase products after clicking ads on our website.

I Joyfully retract my previous complaint against Bath Planet.

Dimitris Nacopoulos came out and reviewed the shower stall and we all agreed that it should be redone completely. They redid the entire shower and it is now just like I had expected it would be. Great job! The workers were diligent in their work and gave us explanations when required and asked. A seat was to be put in but our plumbing did not allow for the wood to be placed correctly to hold it securely. Although I was sad, I understood safety first. They took the time and energy to keep us informed through the entire process. I believe Bath Planet (Dimitris Nacopoulos), worked diligently to resolve my issues and the shower proves it. A Million Kudos to Bath Planet!
View full review
0 0
Testimonial

ID
#1470108 Review #1470108 is a subjective opinion of poster.
Location
Chicago, Illinois
Service
Bath Planet Shower Installation
Reason of review
Good quality
AdSome advertisers may pay us for this ad to appear on our website or provide us with a referral fee. Our content is free because we may earn a commission if you purchase products after clicking ads on our website. 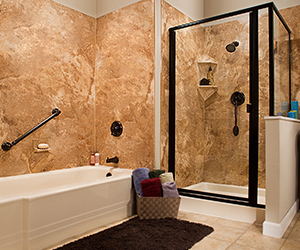 Thank you for contacting Bath Planet and letting us know your concerns about the installation. Our dealer apologizes for the issues and they have reached out to you to correct the situation. Our goal is to resolve the issue so you are 100% satisfied. Please call our Corporate Office at 800-963-8827 and ask for Jenny Carstensen for further assistance.
author's review
ID
#878919 Review #878919 is a subjective opinion of poster.
Reason of review
Bad quality
Preferred solution
Price reduction
Jul 08, 2016 Vianne

I just purchased a home that had recently underwent a bathroom upgrade with a new tub enclosure from Bath Planet. I was the first person to use the new shower/tub enclosure and within just a week noticed it wasn't draining right, the whole tub backing up with water.

I called a plumber and I guess the way that they installed the tub enclosure and fitted it was incorrect with the pipes. After that major fix, a month later I noticed the bottom of my tub seemed like water was filling between the liner covering and old tub. It was like showering on a water bed surface, moving and unstable. I called them and they came out ($50 service call fee each time) and had to do more work to fix it.

Just unhappy with the product - the previous owners spent nearly 9K to have this new bathroom done and I was the first person to use it and within a few weeks to a month all of these problems arose with it. Ridiculous that with a warranty (and it being brand new and just completed!) you still have to pay the service call fees on top of taking off a days work to fit their large window of service call time.

Bath Planet - Worst business I have ever delt with

Thank you for writing Bath Planet to let us know about your installation concerns. Our dealers pride themselves on providing the best products and customer service in the bath remodeling industry. Our goal is to resolve the issue so you are 100% satisfied. Please call our Corporate Office at 800-963-8827 and ask for Jenny Carstensen for further assistance.
author's review
ID
#857172 Review #857172 is a subjective opinion of poster.
Service
Bath Planet Bathroom Remodeling
Reason of review
Not as described/ advertised
Loss
$1000
May 31, 2016 User857172

they did not do what they were supposed to do. they added a shower that was smaller then my existing tub removed my sink and left a big gap where the sink was and the tub was at.

nope they did not do that either.

they forged my spouse's signature to get me approved for a loan. now here we are 6 month after they started the project and the project is still not completed. never, never , so business with these people!

please stay far away from them. the worst contractors ever!

3 1
AdSome advertisers may pay us for this ad to appear on our website or provide us with a referral fee. Our content is free because we may earn a commission if you purchase products after clicking ads on our website. 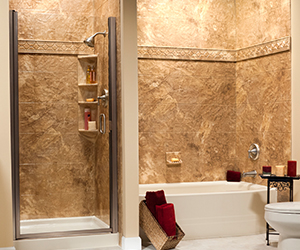 Thank you for writing Bath Planet to let us know about your concerns. Our dealers pride themselves on providing the best products and customer service in the bath remodeling industry. Our goal is to resolve the issue so you are 100% satisfied. Unfortunately, your review came to us as “anonymous” without any of your contact information so we are unable to contact you to remedy this situation. Please call our Corporate Office at 800-963-8827 and ask for Jenny Carstensen for further assistance.
author's review
ID
#717600 Review #717600 is a subjective opinion of poster.
Cons
Reason of review
High pressure sales tactic
Oct 15, 2015 User717600

I usually let my wife handle any expense dealing with the home. Thank goodness i had some downtime to sit in on the conversation.

He quoted us $6600 to place plastic shower lining in our bathroom. When my wife hesitated, he kept dropping the price to $3600. I wondered how he can drop the price almost 50% without consulting his bosses. Well when I said no and asked him to leave, he said the offer would be no good after he leaves the house.

Not that I will call him, but I bet if we called he would come running. This company is a scam and reminds me of the penny stock firms of the 80's. Plastic covering that is more than tile estimates . .

I bet out of the $3600 at least $2000 is the margin after parts and labor. After reading the reviews, I would recommend people stay away from this company.

Thank you for alerting us to this concern so we could resolve it. We understand that Mr. Saavedra ordered a shower head and when we came out to install it, the arm was too high for his low ceiling. As soon as we were made aware of the issue, our Sales Manager called Mr. Saavedra. Mr. Saavedra decided that he wanted to go out and get his own shower arm as he knew the exact measurements that would work and he asked if we would reimburse him for the purchase which of course our Sales Manager agreed to right away. We issued him a reimbursement check on May 11, 2015 and Mr. Saavedra let us know he was satisfied with the outcome.
author's review
ID
#624573 Review #624573 is a subjective opinion of poster.
Cons
Reason of review
Poor customer service
Loss
$100
Preferred solution
Deliver product or service ordered
Apr 20, 2015 User624573

The installer added a 4" arm instead of the 13" one listed on the contract. When asked why he didn't install the 13" arm if he had a copy of the contract which shows that was what was agreed upon, he said, "Well, they didn't give it to me".

I called the company immediately afterwards and got a hold of the sales manager that said he would send a $100 credit. I told him that I would instead send an image of the arm I wanted and am PAYING for.

Two weeks went by and no reply. I then called and asked for a different manager and that guy too. didn't do anything but provide an email where I sent an image of the replacement arm I wanted.

Still nothing. I have already contacted an attorney and am ready to call the BBB.

2. Bath Planet of Indianapolis’ installers were very careful with our Pups

5. Bath Planet – they were fantastic